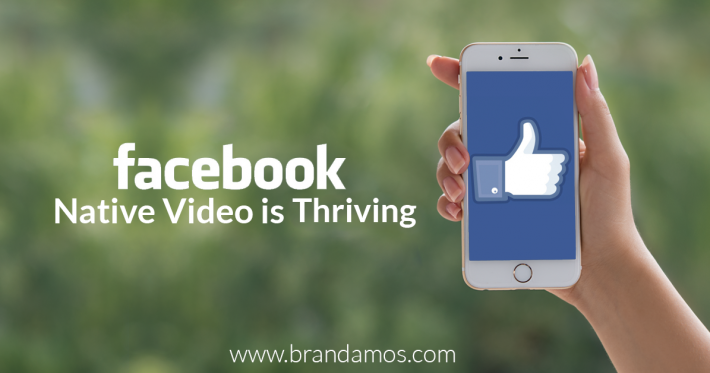 To most, watching a video on Facebook still feels much more serendipitous than viewing content on YouTube, Vimeo, or anywhere else with a platform designed to search for videos.

Intuitively you might think this puts Facebook at a disadvantage in the marketing world, but the numbers have certainly shown otherwise.

Back in January, Facebook reported over 3 Billion video views per day. Put in perspective, YouTube currently receives 7 Billion/Day on average, heading towards 8 Billion by the end of 2015.

We certainly think so, but here are the reasons backing up all the hype.

Algorithms are human’s infantile attempts at replicating consciousness. For instance, in the past year I’m sure you’ve noticed how often Google suggests exactly what you wanted to look for.

Algorithms are insanely complex, and are products of limitless data. YOUR DATA. By developing codes based on how we interact online, websites like Facebook are able to shift their platforms to emphasize the content people want to see.

Perhaps the first major shift was back in 2013, when Facebook rolled out Auto-Playing videos. As you can see from the graph below, there was a major spike in video views right around November of that year.

Another significant change was how much attention Facebook has given the videos uploaded directly to the site. Videos are now more visible than photos, status updates, and considerably more than any other outside links. That means of content that gets posted, you’ll be seeing videos the most.

Coincidentally, Facebook also decided to update their algorithms to where links to YouTube are practically non-existent in the News Feed. A move that was clearly defining a new competition between the two media giants.

It’s quite evident how powerful social sharing is just looking at how YouTube’s view counts dropped when Facebook cut them out of the picture. Facebook has a major advantage when it comes to video sharing now that they no longer need third parties to host content. The graph below shows the point at which video shares on Facebook began to pass the shares of YouTube links. 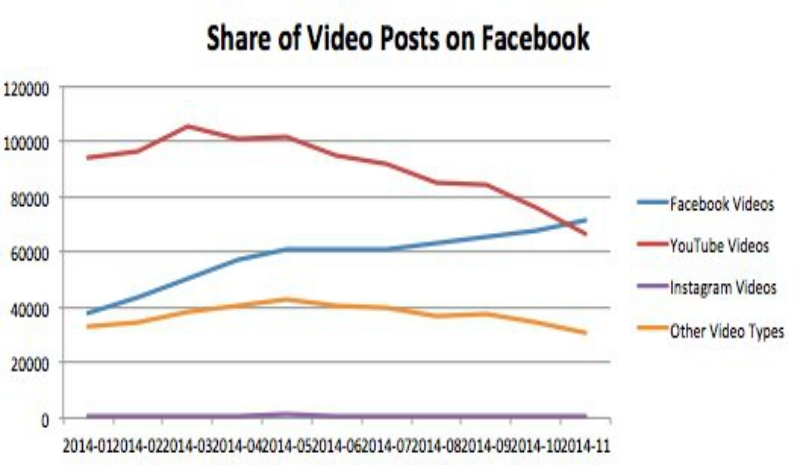 Beyond just eliminating the competition, Facebook has already had the sharing power all along.

We discover content primarily from the people we connect with. YouTube has suggested videos, and links directly to Google+, but it’s no secret Google+ does not have the same social obsession that the world has with Facebook.

So when it comes down to getting your brand’s video noticed by the right people, what better way than to get it onto a platform where you can directly identify with people’s interests and social groups?

“Today, over 50 percent of people in the U.S. Who come to Facebook daily watch at least one video per day, and globally, over 65 percent of Facebook video views occur on mobile.”

Even without auto-play enabled, watching a video on Facebook is entirely easier and faster than opening a third-party app to view the link. It all happens with the tap of a button. 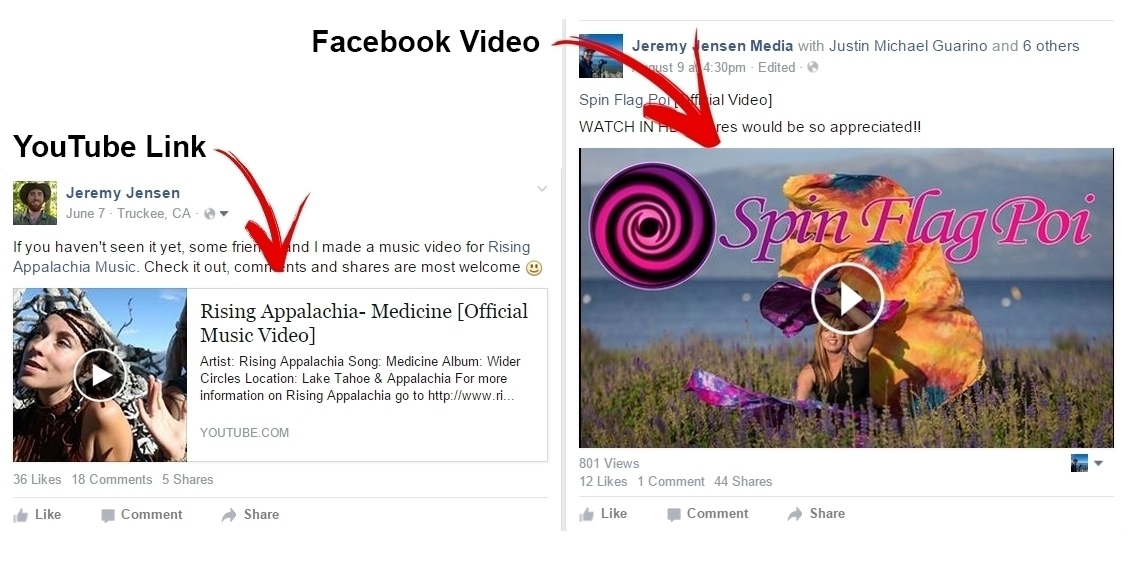 In March, Facebook really drove the deal home when they announced users can now embed Facebook videos into blogs and websites just like you can with YouTube. Prior to this announcement it seemed that YouTube still had an advantage with the pliability of their videos, as most people need to have their videos present in their writings and portfolios.

Absolutely not. YouTube has been around far too long, and has far too many views and videos built into it, to think Facebook is going to start making the 2nd Largest search engine in the world irrelevant.

At the time being, consider uploading to both platforms and seeing which produces the best results.