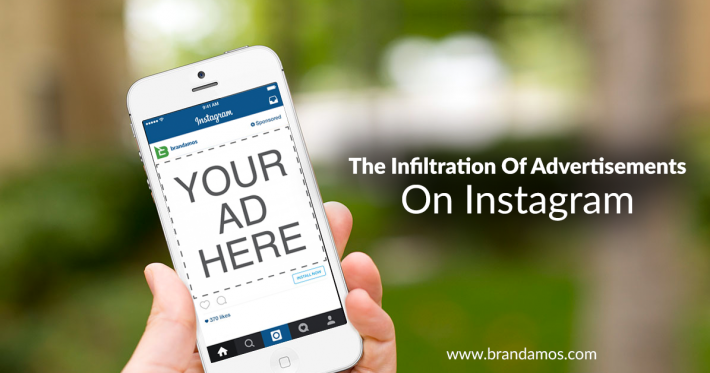 Although Instagram began testing out the implementation of ads a year and a half ago, many of us haven’t begun to notice until the last couple of months. Instagram’s goal has continuously been to, “design an advertising experience that feels native to the platform,” which means a lot more than a company creating a profile and posting cool pictures.

Instagram has taken their applications interface, and developed a series of four native-looking formats to drive action from the application, right to the advertisers door-step, figuratively speaking. Sponsored post formats will eventually be inclusive of buttons located in the lower right corner, including ones that say: Shop Now, Install now, Sign Up, and Learn More.

For the time being, however, Instagram switched on an API starting August 4th that now allows advertisers to use third-party platforms like Saleforce and Brand Networks to buy and schedule their own ad campaigns. This move is essentially widening the access to many more companies for the first time.

Before now, Instagram was only working with a few hand-selected companies in order to test out the effect it would have on its user base. Ads aren’t sexy when intermingled with social media platforms, and so Instagram has definitely taken the time to make the intrusion look as native as possible.

What Williamson thinks could suffer now that the gates have been opened is the quality of the ads. In the past, Instagram would work directly with the advertisers to create effective and interesting advertisements. It will now be up to the general public to keep the trend up, which in all probability is not going to be the case.

Despite these worries, the potential to earn revenue has been projected higher than even Google and Twitter. By 2017, eMarketer has predicted Instagram will rake in $2.81 Billion worldwide. This year alone at the advent of their advertisements the mobile app is expected to top $595 million.

Why All Of This Is Actually Significant

Some critics have argued that Instagram’s change in API isn’t anything monumentally different than what Facebook and Twitter have done in the past. However, the numbers in 2015 have begun to paint a different picture:

Compared to the standard post, carousel-ads allow brands to tell a story through a sequence of four photos. This has been shown to deepen engagement, while also providing a click-able link to a product or service.

The additional benefit is allowing those who aren’t interested in the ad to keep scrolling if the first photo doesn’t peak their interest. Slowly but surely this feature should make itself available to everyone looking to run ads, but for the time being the release is still limited.

Back on April 9th, 2012 Facebook acquired Instagram for $1Billion ($300 million cash, the rest in Facebook stock). The move was highly criticized as a massive over-expenditure as Instagram hadn’t even acquired 50 million users yet, but as we look back the move couldn’t have been wiser.

Facebook now has the most integrated social network in the world, and all that money spent on the investment is looking to be made back by 2020. Even though many felt it was only a matter of time before the ads inevitably arrived, the move has been slow and silent.

As mobile usage steadily surpasses desktop, mobile ads are now the main focus of advertisers. At the forefront of an open API, take the time to get acquainted with Instagram’s ad opportunities as they’re certainly looking to be the next big thing.

David Shiffman is Co-Founder and Brand Elevater at Brandamos. A creative strategist with over 10 years of experience developing marketing strategies and guiding business development. An expert at translating brand objectives into creative strategies. Shiffman has worked with companies such as Paramount Pictures, Universal Pictures, Absolut Vodka and Bed Bath & Beyond.. His internet marketing strategies and execution have resulted in millions of dollars in revenue for clients and his personal experience gives an advantage in elevating brands both offline and online.