Virtual Reality and the Future of Advertising 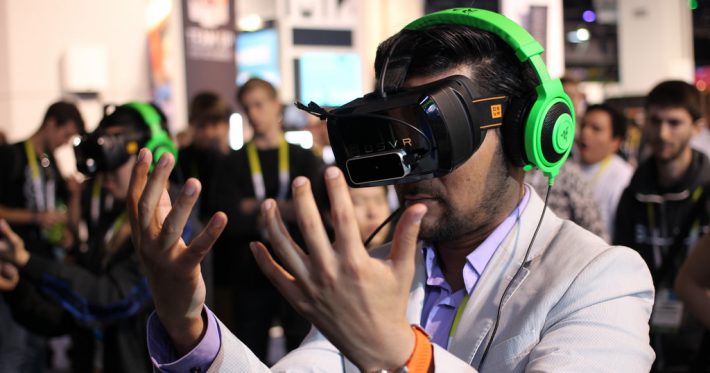 Virtual reality is an emerging advertising medium that a lot of people seem to be going crazy for. Virtual reality isn’t spreading quite as fast as some experts had predicted, but we can still expect this to be much more than just a passing fad. Even though a lot of devices are still in the testing phases, the emergence of Oculus Rift and other similar devices is signaling big things for the future.

Expect this new technology to really hit its stride in coming years, as the price of devices drop, and it becomes integrated with a lot of our existing technology. As VR plays a central role in our technological lives we can expect the advertising opportunities to grow as well.

Below we examine the emerging virtual reality market and what it means for the future of advertising.

What is Virtual Reality?

Virtual reality is set to change how humans and technology interact. What once began as a far off sci-fi dream is now becoming a reality. Now we don’t even have to leave our own homes to experience far off lands and new worlds.

Our experience with the digital world is going to greatly shift in coming years as more inexpensive VR devices become available and technology in this space continues to advance. There are a lot of heavy hitters investing a lot of money into developing and advancing this space including Facebook, Google, Sony, Microsoft, and Samsung.

A VR headset will encapsulate your entire vision and immerse you into a fully 3D generated world. Along with immersive audio, this will create a truly real virtual experience for you to inhabit.

This opens up a new frontier for advertisers and businesses looking to connect with customers in a deep and impactful way.

What VR Means for Advertisers

Virtual reality solves a lot of problems that typical advertising methods can’t address. Some of those being having a lack of a competitive advantage, and not creating an immersive enough campaigns that people to remember and take action on. VR seeks to solve a lot of these problems by creating extremely immersive experiences that create both an emotional and physical reaction.

Of course the technology is still young, but doing things like allowing people to experience the entire 360 degree launch of your event can create buzz that other marketing channels can’t match. Brands like RedBull are using virtual reality to create immersive flying experiences to help build brand excitement and association.

Right now the barrier to entry into the VR advertising space is quite high. However, expect this to drop into the future.

Advertisers who are creating VR experiences need to tread lightly. Virtual reality is less forgiving of bad experiences than other mediums. Since it impacts the body as well as the mind people can actually have physical reactions to poorly crafted VR experiences. This just shows the importance of investing money and research into creating the best experience possible.